Långe Erik ("Tall Erik"), official name Ölands norra udde, is a Swedish lighthouse built in 1845 and located on a little island, Stora Grundet, in Grankullaviken bay at the north point of Öland. The island is connected to Öland by a small bridge built in 1965.

The lighthouse is 32 meters high and it was designed by H. Byström and built by Jonas Jonsson. The former lighthouse keeper's house is next to the lighthouse, with a few buildings from the 1900s.

The older, larger lens is still installed, but no longer in use. The lens was used until the 1990s before an aerobeacon was installed on the lantern's balcony. The light is remote-controlled by the Swedish Maritime Administration.

The tower is open to visitors during the summer season for a small fee. 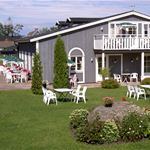 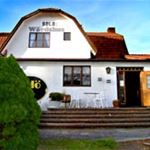