Use and division of farm land

A long time ago, people divided the land into infields and outlying land. Infields are arable fields and meadows. Outlying land was used as grazing pastures. Today, the farmers of Öland cultivate the same land that has been cultivated for centuries, and the animals graze the same pastures that have been grazed for thousands of years. There are not many places quite like this in the world.

The ancestors of today´s farmers have made southern Öland the World Heritage Site it is today. In Sweden, there is a tradition of glorifying the old way of farming. Today, farming is conducted with enormous machines. We see the new techniques as threats to our landscape. But throughout the ages, farmers have put their mark on the land. We cannot just admire how things were done in the old days. We must also look ahead and consider the people who will live here in the future.

There are 200 linear villages on Öland. In a linear village, all the farm buildings are situated close to eachother along the road.

Outside the stone walls, the animals grazed during the summer. They grazed the alvars and the seaside pastures, i.e. what we call outlying land. This division of land was done in the Middle Ages and has not changed much since.

"Alv" is the untouched soil just beneath the layer of topsoil. Alvar land has a very thin layer of soil directly on the limestone bed-rock. The Great Alvar on Öland is indeed great - it measures 260 square kilometres. The climate, the limestone bed-rock and the grazing animals have made the alvar what it is today. The animals grazing the alvar are crucial to preserving the rare plants that thrive here.

On Öland, arable fields never continue all the way to the sea. The land situated between the fields and the sea is called seaside pastures. Most seaside pastures are on eastern Öland. Here, the animals have been allowed to graze for thousands of years.

What is a World Heritage Site? 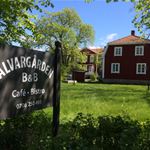 Distance: 6.8 km
Alvargården Film & Kulturcenter is located in the village of Kastlösa by the Stora Alvaret on southern Öland, in the middle of the world heritage.
Book 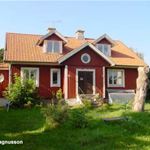 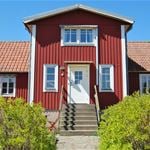