Crossing the bridge to Öland is toll-free. It is impossible tell a visitor how to come to Öland without mentioning the Öland bridge,

which celebrated its 40th Anniversary in 2012. The bridge is an iconic work of art as well as a famous traffic solution. The 6-kilometre-long bridge is not just an aesthetic experience. It is also a sensuous preparation to "a different land", with many opportunities for recreation, entertainment and natural adventures.

Plans for a permanent link between Öland and the mainland had existed for a long time, and led to a number of parliamentary motions and inquiries. The first concrete proposal was presented in 1932. But it was not before 18 November 1966 that the Swedish government accepted a plan for the construction of large bridges. The Öland bridge was part of this plan.

The Minister for Infrastructure at the time, Svante Lundkvist, turned the first sod on 30 December 1967. The bridge was officially opened on 30 September 1972, and was the longest bridge in Europe until 1998. It measures 6,072 metres in length, 13 metres in width and has a vertical clearance of 36 metres.

The highest point is at 41.69 metres and the lowest at 6.65 metres. The bridge is built upon 155 pillars of reinforced concrete, with the highest section consisting of 6 pillars which span 130 metres each. It is Sweden's longest bridge, if you consider bridge compartments which are located in Swedish territory.

The Öresund bridge may be longer in total, but only part of it lies in Sweden – and that part is shorter than the Öland bridge. The road which crosses the bridge is the secondary road 137, which connects to the E22 on the mainland and to the secondary road 136 on Öland. 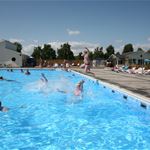 Distance: 2.9 km
Our location, just north of the Öland’s Bridge, makes it easy to reach all sights both north and south on the island. Saxnäs is also a good starting point if you want to visit the beautiful summer city of Kalmar and the “Kingdom of Crystal” in Småland.
Book

Distance: 6.4 km
Hostel rooms surrounded by nature at Porten till Alvaret / The gateway to the Alvar situated in Skogsby. Rooms with 2-6 beds, shared toilet and shower. Free internet i every room. Conference room and working spaces. We offer nature tours and activities year round.
Book 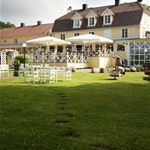